How are new technologies for financing agribusiness developing now?

How are new technologies for financing agribusiness developing now?

— Please tell us about the history of your company.

Back in 2001, my partner Pavel Drobyshev, while on a business trip in Transcarpathia, encountered a striking fact - the largest former state farm-factory in the region was in complete poverty and vegetation. Knowing Pavel as a serious businessman, the then leadership of the region and the labor collective persuaded Pavel to buy the then state farm plant named after. Shevchenko (now JSC APG "Zakarpatsky Sad"). The enterprise was completely destroyed and plundered. But the most important asset remained - the perpetual right to use 2000 hectares of land on a strategically and logistically key site - the border of Romania, Hungary and Ukraine. In addition, there was a huge (over a kilometer) cellar carved into the rock - once the wine storage of the local king and a collection of wine barrels (but) in this storage.

Because the company was bought. Then it seemed that having such capacities for long-term aging of brandy spirits, it was the construction of a brandy factory that would give impetus to the development of the entire enterprise.

Both traditional methods of processing cognac spirits and blending were used, as well as innovative, significantly improving the quality, developed by the Ukrainian Academy of Agricultural Sciences - aging on oak, ionization, cold and heat treatment, cellulose phosphoethyl filtration. The taste was amazing - we repeatedly did blind tests of our brandy in restaurants in comparison with Martel and Hennessy.

It turned out that the production of real cognac is on the verge of profitability, in addition, all the law enforcement and bureaucratic bodies lined up every day to Pavel with an outstretched hand and threats to close the enterprise. After Northern Cyprus, for a bribe, forced the Cabinet of Ministers to supply wheat alcohol with dyes to Ukrainian cognac factories - there were two ways out - to stop the cognac business or pour counterfeit, which was much cheaper, and it is difficult for the consumer to explain why cognac of a similar star rating with a similar certificate costs twice as much.

We made an unprofitable, but fundamental decision to change specialization. And they switched to vegetables, which turned out to be an order of magnitude more profitable and calmer. The only thing missing was the resource. Having experience of working with banks (we took and gave 20 million dollars for the production of cognac), we realized that this was a suicidal path and began to attract direct investment according to various schemes invented by us. The return on investment of investors was brought up to 100% per annum, which can be seen, because they all sit in our open chat in Telegram.

But this is no longer a story, but an actuality ...

— Now a little about you personally...

Actually, I'm a musician, pianist and accompanist. But my background is in management. Faced with the AgroGloryTime project in 2015, I realized that with the help of investments and innovations, it is possible to achieve unprecedented profitability for the agricultural sector, capitalization per 1 hectare of land and yield. What we have done well in recent years.

— Can you tell us more about investments and innovations?

Henry Ford said, “For years, a farmer has been carrying water into a drinking bowl instead of running a pipe. To withstand such mismanagement is possible only thanks to the exceptional profitability of farm labor.

So, we have no mismanagement! If we invested 200 hryvnias per hectare of a tomato, then we will get 100 tons of organic, high-quality, and simply delicious fruit from it. Then consider yourself. But it needs round-the-clock care, hourly irrigation, modern elite varieties and fertilizers, control of pests, weeds and diseases, and much more. The volcanic soil and the mineral composition of the soils of our regions allows you to get a chic taste without the use of harmful chemicals. In addition, we bring mule (silt) and pus (dung) from the buffalo farm next door to the beds.

We use chelated, fulvic and humic fertilizers - they are even useful to humans and are sold as dietary supplements.

Without the right approach, you won’t be able to harvest ten tons from a hectare.

The same applies to greenhouses. Before starting construction, we visited the Netherlands, Germany, Israel and studied all the current trends. Some were used in their designs, some were reworked, some were abandoned.

We took various technologies for controlling and preserving heat, controlling humidity, oxygen and carbon dioxide from various developments and refined them in our own spirit.

Hydroponics and aeroponics have so far been rejected - expensive, tasteless, high risks of crop loss, but we will experiment.

Right now we are conducting an experiment on the illumination of bushes, more details can be found in our Telegram channel.

There is an impression that all this illumination, at least for bushes (not seedlings) of cucumbers and tomatoes, is some kind of grandiose scam. The results of the experiment will be seen soon.

Do not forget about the thermal insulation of the earth and the author's configuration of the greenhouse complex for energy efficiency. It is a pity that we do not have thermal waters on the site.

The motto of AgroGloryTime is to always be one step ahead. If you remember, once they wrote about the world football star from Kiev Oleg Blokhin - he does not do anything fantastic, he does the same as everyone else, but is one step ahead. So we take an example from Oleg Vladimirovich.

Already in 2020, we developed our own direct financing schemes, which can be found in detail on our website. https://sevlushfoods.com, and which allowed investors to pay up to 100% per annum and at the same time successfully develop the enterprise.

However, with the advent of the war, it became clear that it was necessary to look for new, modern ways.

And it was cryptofinancing that became our new path. Now, in order to be one step ahead, it was necessary to develop a real business tokenization mechanism that would allow us to attract the maximum amount of money - the size of our site practically does not limit investments, while the token must be legally secured. Guaranteed to grow in price, guaranteed to bring profit to the investor.

— And how was this achieved?

I'll go through the points.

Legal guarantees - we declare in the public offer agreement for the sale of tokens, 100 tokens can be exchanged for shares of our parent company. Our issuance of tokens is verified and registered with the US Securities and Exchange Commission.

There is hardly a better legal solution.

Provision - our parent company uses our land forever. You can't sell it, it's not property. As Mark Twain wrote, "buy land, they don't make it anymore."

Token growth. Some of the projects implemented by AGT capitalize the company. That is, new greenhouses, myceliums, closed fish farms, etc. are being built with the money raised. Their profitability ensures the growth of each token as part of the capital of the enterprise.

Profitability of the token. The peculiarity of our model is that for each token, stablecoin dividends are paid once a quarter, which can be freely spent or exchanged for fiat (regular) currency. Regardless of how much the token is bought, every dollar is invested and makes a profit. You can find financial modeling and calculations on the company's website.

Even a token bought for $3 will initially bring 10% per annum, after a couple of years it will reach 100% and increase in value several times. It must be understood that there will still be no fantastic growth, profitability will gradually decline due to insufficient market capacity and other factors not taken into account in the model. But it will still be profitable!

But now, at the presale, we are selling the token 100 times cheaper!

- Now about the pressing. How did the war affect your business?

Transcarpathia is the most protected region of Ukraine. We are far away, through the mountains, we have no military, industrial or oil infrastructure. Railways are far from our site. Due to the temporary occupation of Kherson, a decrease in imports from Turkey, as well as hundreds of thousands of refugees in the region, prices for products are 6-8 times higher than last year. And although we need peace and victory, and not such advantages, now there are all the conditions for a start. After the victory, the European market is completely open next to us, I just returned from Hamburg, having concluded a number of promising contracts for our products. Europeans appreciated our quality! 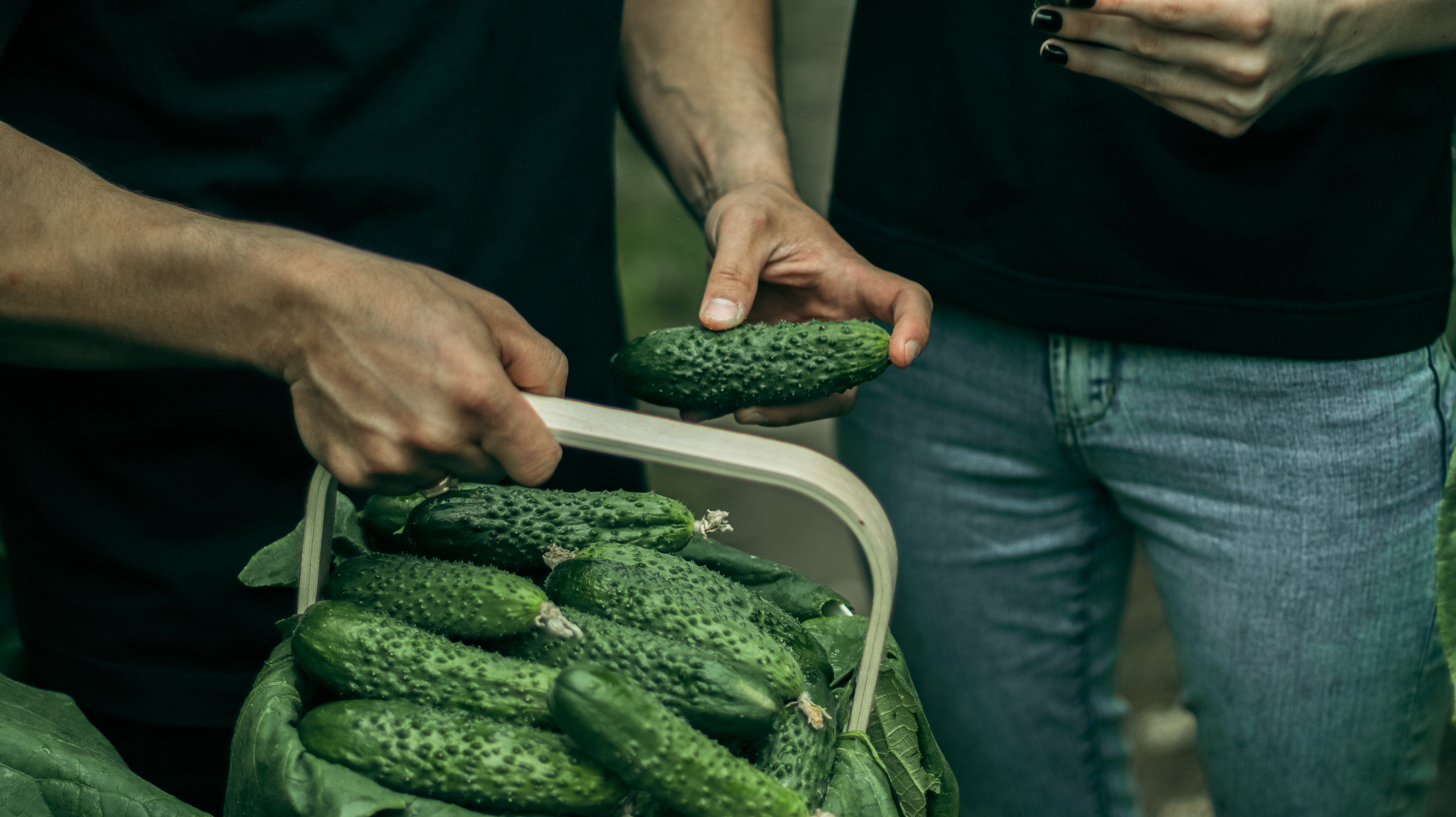 —    What would you wish the readers at the end of our interview?

Anyone who wants to save money from inflation and make it work should invest it in a transparent, personally studied and cost-effective project.

Anyone who wants to develop the Ukrainian economy without taking excessive risks should invest in reliable Ukrainian projects in safe geolocations.

Anyone who wants to provide real necessary values ​​that are lacking should invest in agriculture.

Anyone who wants legal guarantees should look for a project secured by a firm bond.

Anyone who wants a project of world level and fame, with the attraction of international capital, high profitability and the absence of stupid banking restrictions should look for a serious crypto project.

I don't think it's necessary to continue. 🙂

AGTI TOKEN
ABOUT THE COST OF THE TOKEN